This moment is vibrating, the formation of an event horizon.

Tonight I feel the tension before the birth of circumstellar disks, accretion disks, spinning matter in flat bands. Two disks occupy near space. One expands to spiral outward, colliding with and altering all it touches; the other spins debris inward, as if to a black hole. 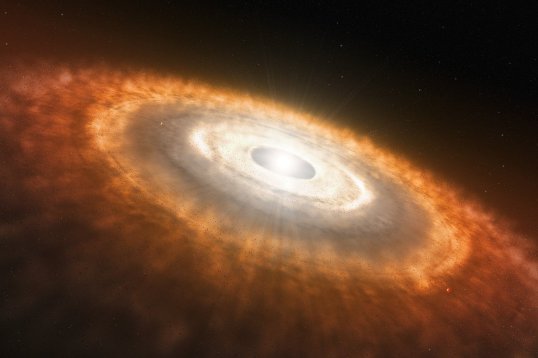 Spiraling In or Spiraling Out? [Image Credit: ESO/L. Calçada] 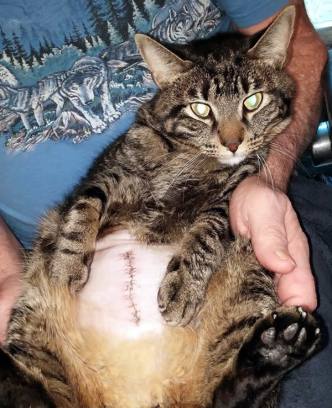 A month shy of his third birthday.

Many friends know our cat, Murrpey, had blockages in his stomach and intestine, one half of a toy in each. Surgery was 13 days ago and he’s been on a diet of the same flavor of soft food for the duration.

At some point he figured out it was easier to feed himself than to tolerate syringe force feeding.

Preparing my husband’s coffee this morning, I catch the cat trying to bury his canned food as he might bury his waste.

After they remove his staples tomorrow, I predict the surprise return of dry kibble, which he prefers, is going to go over very well.

I am still intimidated by posting myself to the world. There is no fear of criticism; I take the truth and leave the what does not resonate. The fear is in potentially and unknowingly hurting someone I know. And in knowing whether to post or publish. That particular murk gets thicker by the day.

Randy could see nothing exceptional in this man—a man at least twice their age. This made no sense for a survivor.

He slowly kicked open wide the driver’s door, his heart pounding against the constraints of veins. He tried to wet his lips with a dry tongue. What he wanted was a smoke. He’d quit tobacco three years ago and there was no one in the motel parking lot to bum a cigarette from anyhow. END_OF_DOCUMENT_TOKEN_TO_BE_REPLACED

From behind, she snatched the soda pop can out of his hand with urgency enough to spray his clothes and the back of the couch.

“You know you can’t have regular colas—” She caught sight of the empty Drumsticks® wrapper on the end table. The pitch of her voice climbed. “Ice cream?”

She faced him. “You’re a diabetic. This stuff will kill you.”

He gripped in his fist the candy bar he’d opened before his wife’s unexpected return from errands. The chocolatey guts squished from between his fingers.

She stood back and crossed her arms, glaring as if he were her child. “What, have you got a death wish?” 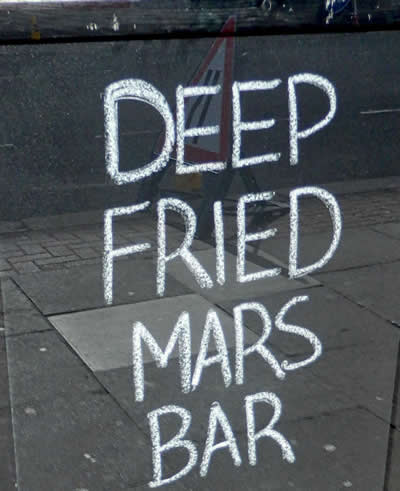 “Whoa, they laying you off?”

“Nah, I’m good, I’m good.” James took a drag from the fresh espresso. “I’m on the phone with a person for a minute, two max—except today. Today I get a 20-minute window into this couple’s life. He puts me on speaker phone and walks around the house. This woman’s voice comes on. They’re laughing together trying to get the motion detector apart. The guy finally manages it and she’s, like, cheering.”

Rick nods in the slow quiet between them.

“I could use me some cheering.” 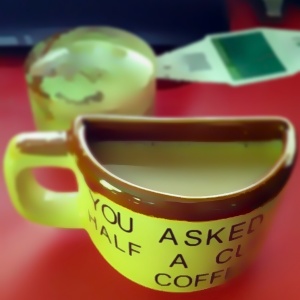 Candied Coffee: Sweet, creamy with a touch of vanilla.

To engage the world and remain centered is difficult. I suppose I’m a realist, not glib or glum.

“It is unimaginably hard to do this, to stay conscious and alive in the adult world day in and day out.” —David Foster Wallace

When we first saw the property on which we now live, lovely white blooms were set against emerging green foliage, the tree of which graced us with thumb-sized plums of the right color but whose pits were nearly as large as the fruits! The leaves shaded one end of the drive and a portion of the master bedroom.

The dogs began to eat the fruit—pits and all—as soon as they fell ripe. You can imagine this was a painful lesson and one the dogs repeat at the first available fruit of each year. I also discovered the leaves were shot with holes, bugs and disease. The first year was enough. I wanted something that didn’t seed itself everywhere the chipmunks buried its fruit.

My husband wouldn’t hear of cutting down the tree, commonly called a pioneer plum. We added a Frost Peach and two Rainier Cherry trees near the plum. Sure enough, the pests infecting the plum thought our new additions were tasty.

With a redwood core and bark meat sandwiching a golden ring, the wood will make great art pieces as well as a sampling of plum-smoked edibles. Long live the cherries (and the peach)! 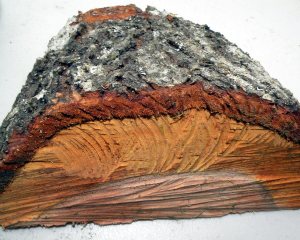 Some days I am crying and alternately on the verge of tears, what doctors would label an eight out of ten, with ten being the worst pain.

Physical pain is an amnesiac. END_OF_DOCUMENT_TOKEN_TO_BE_REPLACED

I came across this post today and felt serious resonance. I dare not list all my hobbies and I’ve determined I have to cull the space-intensive ones as there is no opportunity to put a new Sandra’s Hobbies wing on the house.

I’m strongly curious. Often I can’t settle for admiring a hobby; I must put my hands in it and on it.

At the risk of adopting more for myself, what are some of your hobbies?

Fresh off the Press…

When you need to know, where to go.

Everything on this blog is copyrighted by ©Sandra Davidson and may not be used without permission. Contact me at pacpack(at)sonic(dot)net for details.